Man in Me (Bob Dylan Cover) by Nondon Bagchi

"The man in me will do nearly any task And as for compensation, there's little he would ask."

Completing over 50 years of musicianship, Bagchi is the dark horse who sacrificed his materialistic aspirations to unconditionally serve his city with an assortment of expertise

Blowin' in the wind - Usha Uthup

Listen to Calcutta's People's singer, Usha Uthup cover Dylan's magnum opus, Blowin' in the Wind, which became perhaps the most important song of the Civil Rights Movement in the '60s and was further elevated to become an International Anthem.

Hey Bob Dylan was written in 2000 as a tribute and was later recorded for the album Public Issue released in 2005. Thank you Opu and Rachael for compiling the song to a video for Bob Dylan's 75th. Happy birthday Bobby.

"You're the reason I'm travellin' on But don't think twice, it's all right"

Those of you who frequented Someplace Else on Park Street during the hay days of Hip Pocket, have probably already made the acquaintance of this Bob Dylan classic in the voice of our beloved wordsmith, Nondon Bagchi. Here's a recent recording of Bagchi, making those words his own.

Folk-Rock artist Rahul Guha Roy of Cassini's Division released his rendition of Dylan's One More Cup of Coffee from Desire, as part of his 2016 album Portraiture.

Here's a cover of a Bob Dylan classic from his celebrated 1975 album Blood on the Tracks. Jaimin is a singer-songwriter and the writer of the Bob Dylan film - If Not for You (2019).

Dr. Shobana Mathews is an Associate Professor in the Department of English Studies at CHRIST (Deemed to be University), Bengaluru. Her MPhil research in 1996 was titled Folksong as Protest: A Study of the Works of Bob Dylan.

Listen to Rachit Lakhmani sing Bob Dylan classics on the occasion of Dylan's 79th birth anniversary on May 24, 2020. Lakhmani is a singer-songwriter and an advocate at the Calcutta High Court.

A film by Jaimin Rajani and Vineet Arora

Synopsis: Narrated by veteran actor, Dhritiman Chaterji, If Not for You is a tribute film depicting Calcutta's long-lasting love affair with legendary singer-songwriter, Bob Dylan through interviews of notable Indian musicians who were inspired by the bard.

“It is very lovely and captures the magic and mystery of the man and his music. Its simplicity is simply compelling. ”

“ A worthy project. Really well made ” 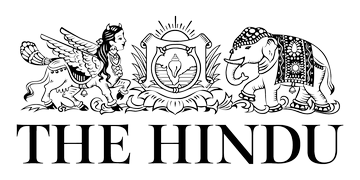